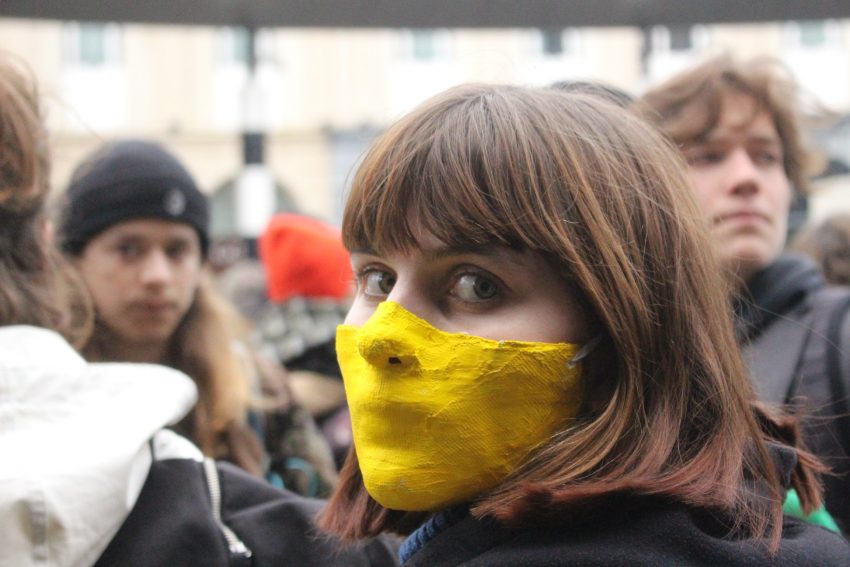 This morning, Jan Jambon had a discussion with the Culture Committee of the Flemish Parliament about his vision note on the Arts. Our reflections and concerns are well picked up by both the opposition and the coalition partners. Jambon also surprised with the decision to reverse the announced budget cuts: there will be an extra 4 million for project subsidies. Our action -60% has been successful for the time being. Thanks to everyone who joined our protests

The deadline for the second round of project grants is 15th of May 2020. The budget is 4 million euros. This is not an increase in funds, but a correction to the savings of 60%. It brings the total budget for the projects to 8 million euros compared to 8.4 million euros last year. More information about this application round can be found here.

However, our work is not finished. State of the Arts represens the voices of the people working in the cultural field, united and in solidarity.

Take care,
State of the Arts

From the perspective of individual artists, we are here to inform you about the points and plans discussed.

1) There will be a second round of project subsidies, for which an extra 4 million has been made available on the Flemish budget, according to the minister outside the current budget for art and culture. The deadline is (already) 15 May. So your loud protests in the autumn of 2019 have been heard! The minister explained this decision as a tactical decision in times of corona, but SOTA emphasizes that this cannot excuse him from much broader necessary solutions for artists who now fall between the gaps of the current support measures.

2) There will be a roundtable on fair practice, a topic in the vision note. What should a policy framework on the fair pay of artists look like in the new Arts Decree? At the same time, the Minister has learned from the corona crisis that the socio-economic framework for artistic work in our sector needs to be improved. In the coming months he will invite the necessary partners for consultation, from oKo to NICC and Flanders DC. With SOTA, we are also very happy to join the table. More fair practice is our primary mission, and in the meantime we have gathered a lot of expertise on it.

3) ‘Internationalisation’ is confirmed as a criterium for (project) subsidies, but was also nuanced. For the Minister, it concerns both physical internationalisation (going abroad, or inviting foreign countries to Flanders) and ‘mental internationalisation’: a good understanding of how your practice relates to ‘peers’ abroad, also for a very local project in Flanders, for example. According to the minister, we need to look more ‘over the hedge and not just at our neighbours’.

4) The adjourned submission date for structural files will be 1 December 2021; the new Arts Decree should be in place by the summer of 2021. Consultations with the sector will take place in the coming months. The current structural subsidies will be extended for 2021 and 2022. It is still (highly) unclear whether this will include indexation. Two important lines of consultation will be landscape care (which gaps are currently existing in the arts field?) and the evaluation system (how can this be done more efficiently and with more quality and field overview?) Administration and Kunstenpunt will work on an initial proposal, which will be followed by a further dialogue with the field. SOTA will also be involved in this exercise.

5) There will be an investigation into any possible ‘verfondsing’ of the ‘dynamic space’ (the new name for project subsidies). Who has to do this is still to be determined. Initially, the minister seems to want to separate this matter from the new Arts Decree (first implement the new Arts Decree, then examine whether ‘verfondsing’ is desirable), but the majority do not seem to agree on this yet. CD&V, among others, called for more urgency.

6) Cancellation only for the larger summer festivals? The minister nuanced that the decisions of the Security Council regarding the ban on mass events until 31 August would currently mainly apply to the really big festivals: Werchter, Tomorrowland, Pukkelpop … For smaller music and theatre festivals in the summer, a decision would be further discussed.